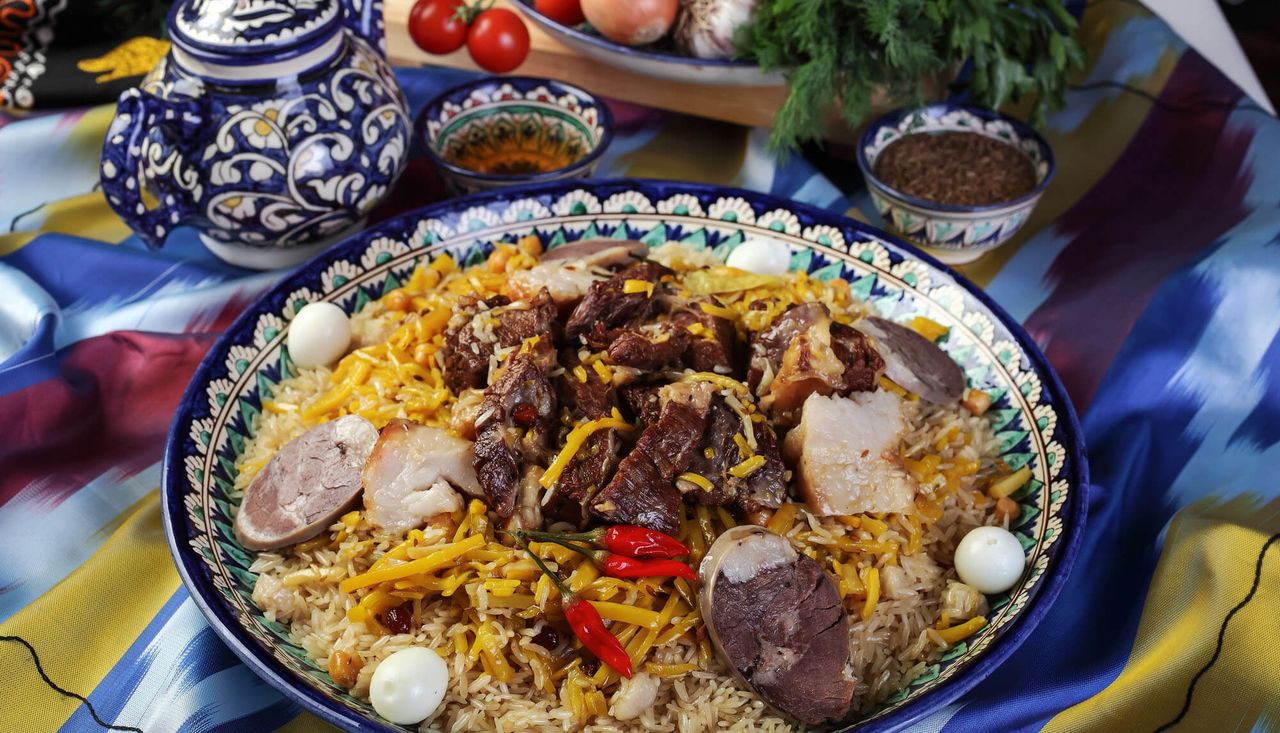 Discover delicious Uzbekistan with an unforgettable gourmet tour that will delight your taste buds and significantly expand the horizons of your knowledge on mysterious East. Uzbekistan food tour will reveal many secrets of local cuisine; you will learn how to cook signature Uzbek dishes: Patir Non (Uzbek bread), nourishing and yummy pilaf, succulent shurpa. etc.

An immodest choice of Uzbek street food at the eastern bazaar calls you to choose from shashlik (barbecue), lagman (noodle soup with vegetable and meat topping), shurpa (soup with big chanks of vegetables and red meat), samosa (stuffed puff pastry), hanum (rolled dough with shredded potatoes). Treat yourself to juicy fruits, nuts, spices, sweets and many more that bazaar strolls call with.

Your journey is not limited to a culinary splendor only. During the tour you will explore the main sights of Tashkent, Samarkand, Bukhara and Khiva.